This is a new page! Coming soon: Mythology and deities of the Old Norse, with pictures.
Including for example Odin, Thor and Freyja. And Loki, of course. And let's not forget his child, the eight-legged horse riding to hell, Sleipnir. 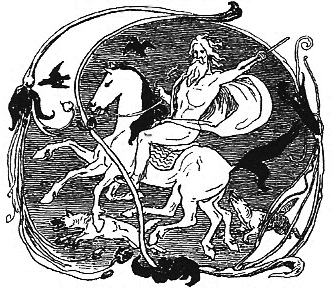 Odin riding to hell on Sleipnir, the eight-legged horse A painting called "Andvari", a dwarf in Norse Mythology.